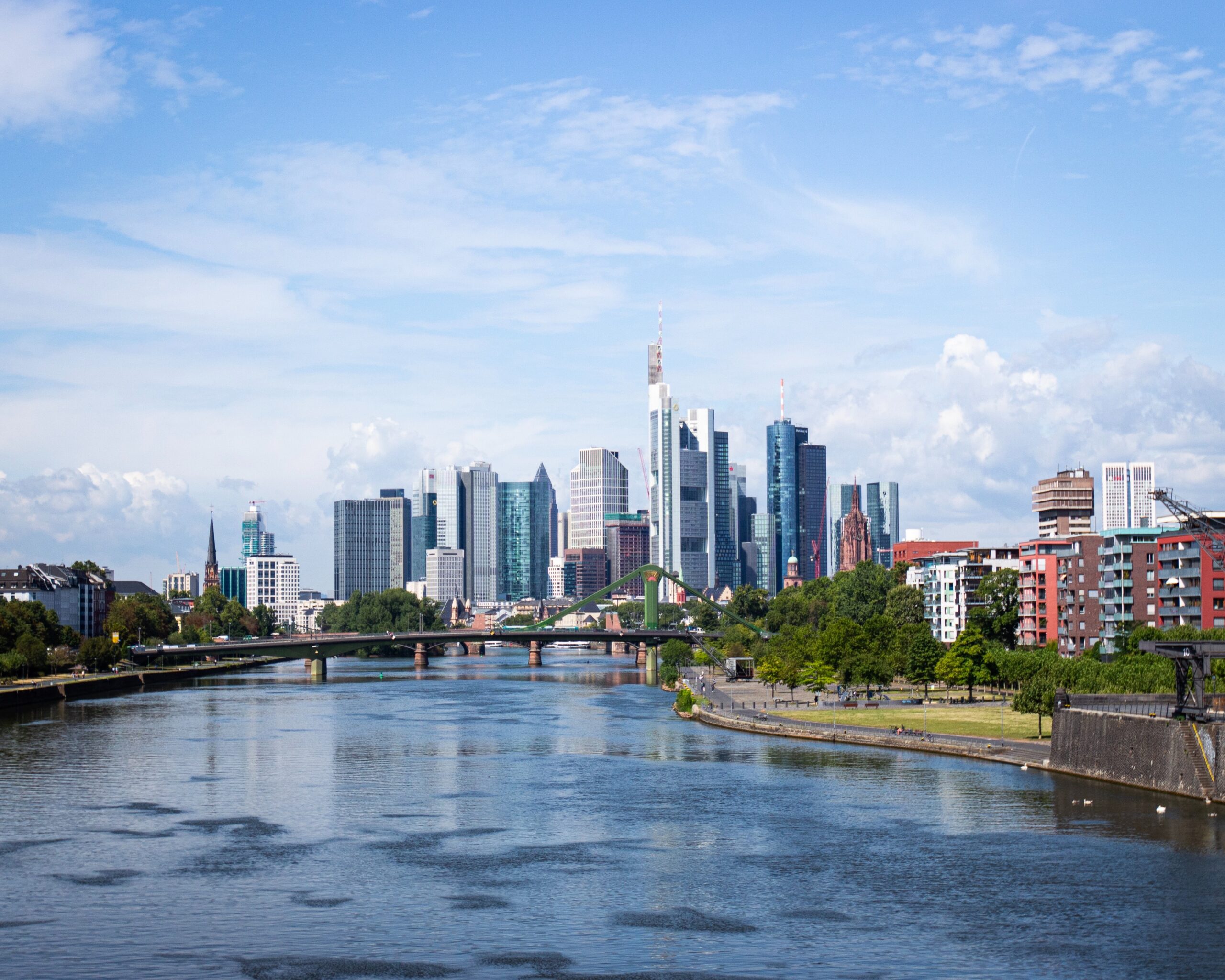 The first element of this can be achieved by switching diesel vehicles to electric ones, but this alone does little to cut traffic levels as the number of vans or cars on the road remains the same.However, the Urban Transport Group (UTG) is pushing two alternatives which, it says, can achieve both objectives: river and rail. “When freight enters our urban areas on roads it causes quite a lot of issues, all of which impact on the quality of life,” says Clare Linton, policy and research advisor at UTG. “We need to find ways to maximise the benefits in terms of how freight supports our economy and the workforce, while trying to minimise some of these negative impacts. “We advocate that we should take every opportunity to get freight into urban areas via rail and water.

“Obviously water is not always an option, but where you do have places where rivers or canal systems can be used, we should try to find new ways of using them.” In the UK, an obvious place where organisations could use a waterway instead of roads to transport goods is London, with the River Thames flowing straight into its centre. The city suffers from congestion and poor air quality with increasing efforts – such as the ultra-low emission zone – to reduce the pollution created by road traffic.

These issues could become worse in the future with number of deliveries being made in the city expanding rapidly. In 2020, this stood at 450 million, but the Centre for London estimates this will more than double by 2030.

“Currently 80% of parcels are delivered by road, which brings with it all the problems of air pollution and congestion,” says Dave Ebrell, project manager at Cross River Partnership (CRP).

“There has been a switch to electric vehicles (EVs) by many businesses, but these will still contribute to congestion.”

According to the Port of London Authority (PLA) air quality strategy, energy consumption for goods moved by waterways is 17% that of road freight and 50% of rail transport. Ebrell adds: “The tidal Thames provides by far the widest and most traffic-free route into Central London with links to huge delivery hubs to the east of the city such as Dartford in Kent and also to the west of the city.”

CRP was this month due to launch a river freight project, connecting businesses and their suppliers via the Thames. For this, CRP is working with the Northbank Business Improvement District (BID), PLA, Complete and iRecycle to make up to three deliveries a week bringing office supplies into Central London and taking recycling from businesses out of the city centre.

One fleet which is already using river freight in the capital to increase efficiencies and reduce emissions is DHL, which launched a daily riverboat parcel delivery service in 2020, operated by Thames Clippers Logistics. Shipments are sorted at the company’s Heathrow hub before up to 25 bags of parcels are taken by EV to Wandsworth Pier, where they are loaded on to the boat.

The boat takes 30 minutes to get to Bankside where some parcels are transferred to cargo bikes for last-mile delivery, with the remainder being taken a further 10 minutes to Wapping Pier, where they are then delivered by an EV. “The riverboat is a fast, efficient and reliable way of utilising a currently untapped access route into London,” says John Pearson, CEO of DHL Express. At the moment DHL delivers 50,000 shipments by river each year, with the company planning to increase this in the future.

Rail ‘could do more’
As well as using river freight to help fleets cut emissions and congestion, Linton says rail “could do more”. “This includes shifting goods on to passenger trains and converting passenger train carriages to carry freight, which would take that cargo right into city centres where it could be taken for last-mile deliveries,” she adds. “In the UK, most of our rail freight is around moving bulk products and every freight train can take about 76 HGVs off the road. “In total, rail freight removes seven million lorry journeys each year, so you can really see the efficiency benefits.”

However, the use of the network to move parcels around is limited, particularly when compared with mainland Europe where single carriages carrying cargo are attached to other carriages and taken into city centre stations. “That is a little bit more agile and offers more opportunity to get different kinds of stuff on to rail freight,” says Linton.

Once the cargo has been transported by rail or water, the unloading of freight is key as well as establishing efficient procurement practices, urban consolidation and hub facilities. In its Delivering a Greener Future – Urban Freight report, the UTG says city rail stations have great potential as central hubs for freight distribution.

These facilities are barely used at night and can be served by trains acting as high-speed mobile warehouses.

“The fact all the sorting and loading could take place within the station building helps to minimise the noise and disturbance for local residents,” adds the report.

“In addition, the use of excess capacity on the railways, in terms of empty spaces and seats at times when trains are not fully loaded, can help to extract increased utility from expensive rail assets.”

A number of organisations are looking at the conversion of passenger trains to carry freight, in particular to support high-speed parcel delivery to city centres.Orion Logistics, working with Network Rail, is one of the companies to have done this and its converted train can operate with four, eight or 12 carriages.“Each eight-car train removes 24 diesel-powered vans from our roads, thereby reducing congestion, lowering carbon emissions and improving inner city air quality,” says Orion chief executive Karl Watts.In the Orion solution, goods delivered to a city centre station can be loaded onto cargo cycles for the next stage of delivery.

Smarter last-mile
“There is also the potential to make last-mile smarter, including things like using better delivery routes to make it more efficient,” adds Linton. “We might see more connected and autonomous vehicles as we move into the future, more dynamic management of the kerbsides so you could book delivery or pick-up slots so people could find it easier to do that, and then we might start to see drones.

“Probably not so much in urban areas, but they are useful in certain circumstances: for example, during the Covid-19 pandemic, a drone was used to deliver medical supplies from Southampton to the Isle of Wight.”She says parcel lockers are another potential way to reduce the mileage delivery companies travel. These are becoming a more common sight and work by vehicles making deliveries for multiple customers to single locations of banks of parcel lockers. Customers can then pick up their parcels, ideally on foot or by public transport to further reduce the amount of traffic on the road.

Integration benefits are maximised when these facilities are located within or close to public transport or mobility hubs, or at other locations that people are visiting anyway, such as supermarkets.

Check out the full article here

Bridgestone collaborates with Scoobic to provide premium tyres, maintenance and telematics for its electric vehicles, and boost sustainable last-mile mobility 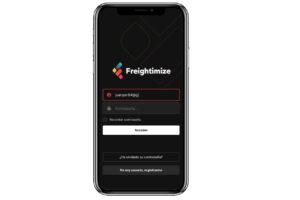 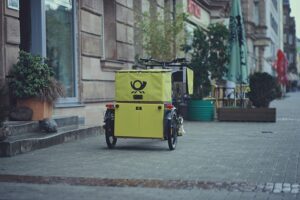 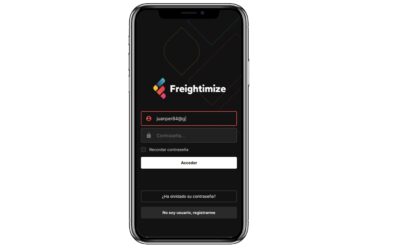 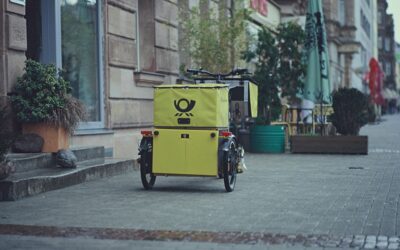 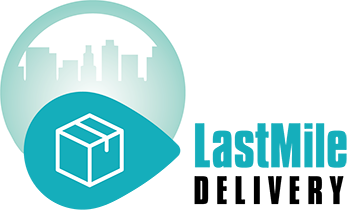